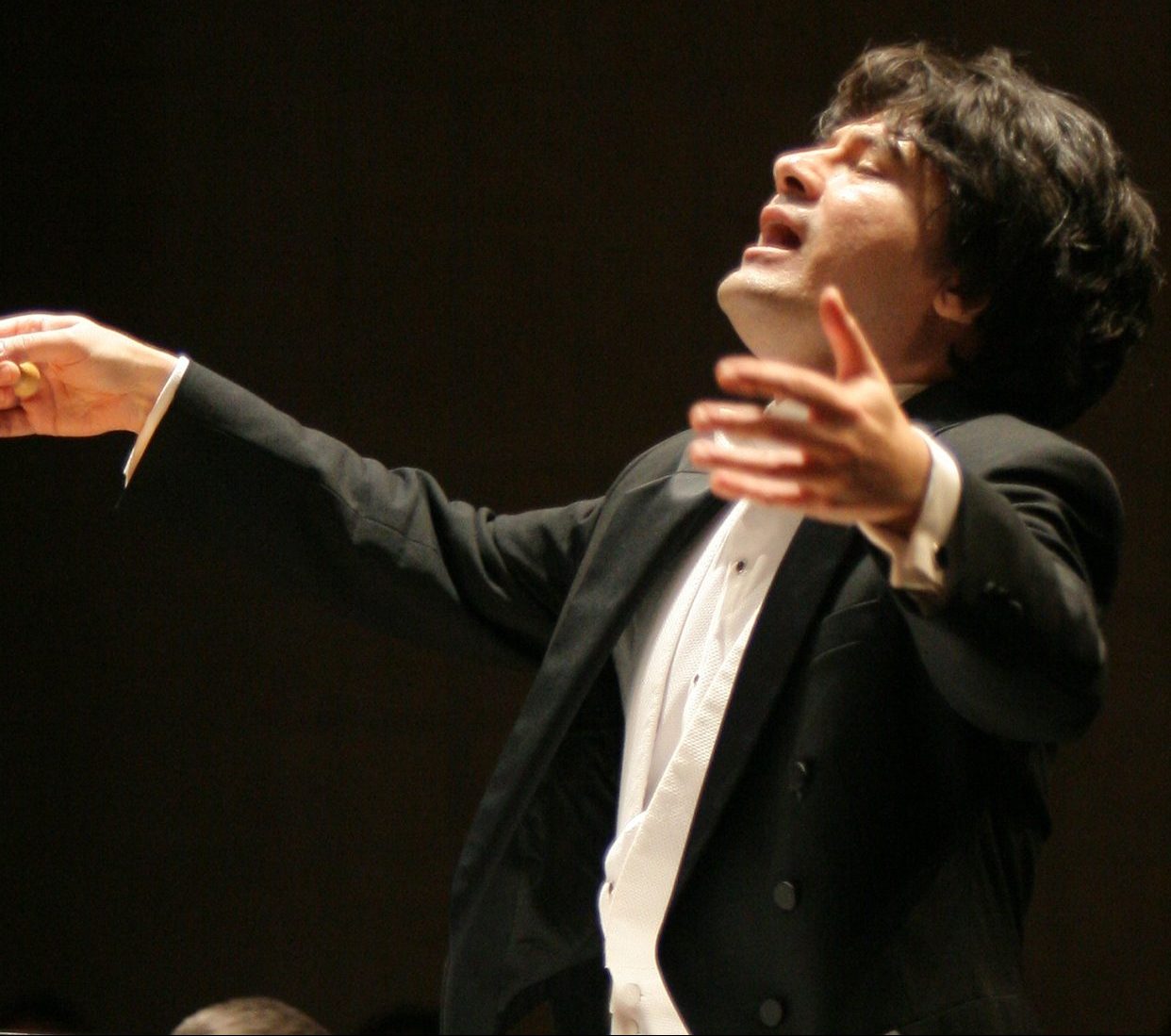 22 Feb A Stellar Afternoon with the Alexandria Symphony Orchestra

Posted at 00:17h in News by skybonnie 0 Comments
0 Likes
Share

What a fantastic voyage to spend Sunday afternoon with the Alexandria Symphony Orchestra playing two of my favorites, Debussy’s Prelude to the Afternoon of a Faun and George Gershwin’s Rhapsody in Blue.  And those were the reasons I went.

What an odd combination, I thought beforehand, but once I heard the explanation from Maestro Kim Allen Kluge, it all made sense.  For Valentine’s Day weekend, the theme was “To Be Passionate.” Of course.

Never mind that Prokofiev’s Suite No. 2 from Romeo and Juliet, Op. 64ter and Wagner’s Prelude and Liebestod from Tristan and Isolde were also part of the program, accompanied by an original piece, Rhapsody for Lily, written by the maestro and his wife, Kathryn, in honor of their newborn daughter, all stunning in their deliveries, the apricots for the almond clafoutis.

That the audience did not respond as well as I would have liked at the Rachel M. Schlesinger Concert Hall and in the manner to which I am accustomed when I hear the National Symphony Orchestra play at the Kennedy Center, was perhaps due to a sleepy Sunday after wild Valentine abandon and the Alexandria crowd’s familiarity with the excellence of the ASO and Maestro Kluge’s passion which may explain its pallor, an exaggerated term to describe it, but it describes it, nonetheless.

With one exception, Rhapsody in Blue, did the crowd respond as eagerly as I believe it should have.  Is it aware that although Mr. Kluge has been ASO’s director for 25 years (!), another orchestra might swoop in and carry him off?

Debussy’s Prelude must be the shortest ten minutes of any hour. If it were only longer, but, like the daffodils which blossom in the spring, would we admire it as much? Considered by some as the beginning of modern music, the singular flute, strings, and harp made magic together in shimmering waters.

Before the Debussy began, the Maestro urged  audience members to transport themselves to the Mediterranean on a hot summer’s day, to be Greek-Roman fauns pursuing nymphs, daydreaming about pursuit.  Easy enough to do and float.

An errant horn missed an entry from time to time, but the flow nor mood was thwarted.

The first movement, Montagues and Capulets, of the Romeo and Juliet, began loudly with booming percussion and grand pronouncement that change is about to happen, the foreboding, enough to make chills.   The playful and rapturous Child Juliet, the second movement, conveys the young girl running through a field, happy, and energetic.  Strings and cello make way for Friar Laurence, the third movement, in heavy tones, as he enters into the secret. A short dance follows, and then the sad separation of the legendary couple and Romeo’s visit to Juliet’s grave, a sweet sadness with a commanding ending which returns to the sonorous beginning and the powerful percussion.
Parting is such sweet sorrow that I shall say goodnight till it be morrow.
For the Wagner, the ecstatic maestro shouted out at times to members of the orchestra who played with gusto, conveying the anguish and pain of the couple so much in love they died. Alas.  Based upon applause, Tristan and Isolde was the second favorite selection of the afternoon.

Gershwin’s sexy jazz, Rhapsody in Blue, was as magnificent as I have heard played.

Up and down on the bench with hair flying from side to side as he bobbed his head, almost as in a silent movie, Maestro Kluge played the piano, while conducting the orchestra simultaneously, spinning his outstretched left arm round and round like a fast-moving carriage wheel, pausing long between sections and adding his own variations to Gershwin’s composition.  His shouts of joy mingled with the orchestral sounds, and soon gave way to long-lasting broad smiles from two bass players and a cellist.

With the exception of the first violinist for various groups, never have I seen orchestral members smile during a performance and seem to have a good time, enjoying the spirit of the moment with a glow to spread all around.

Kluge’s enthusiasm matches that of a new member of the orchestra, and, indeed, a special surprise came at the end:  the Rhapsody to Lily, as thrilling, light and beautiful as one could imagine.  Mr. Kluge asked us to consider for a moment joining Lily’s long former residence in amniotic fluid and letting the music surround and wash over us.  Coming from a conductor at a symphonic performance, it was a little disconcerting, but at this concert, everything came out just fine.

Mr. Kluge said he honestly believes that when people come together for a presentation of live music, lives are changed forever. I believe mine was!